How The Northeast Nebraska All-Star Football Classic Came To Be

In February of 2012, long-time Northeast Nebraska coach Rich Rethwisch brought the idea of having an all-star football game for Northeast Nebraska to local coaches, administrators and businessmen. This idea was taken to the Norfolk Area Visitors Bureau and additional coaches for further conversation.

From those informal meetings, in March of 2012, a Board of Directors was formed to create what is now known as the Northeast Nebraska All-Star Football Classic.

On August 1, 2012 the Board of Directors announced at press conference that the first All-Star game would be played in June of 2013.

It was also announced by Faith Regional Health Services (FRHS) President and CEO, Jim Sinek, that FRHS would be the Title Sponsor for the inaugural game. 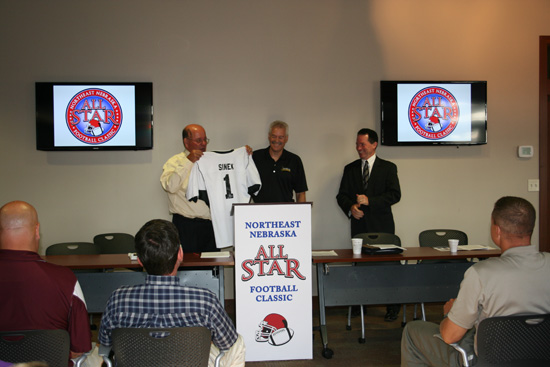